Millions of voters tuned in on Monday evening as Sanders outlined Biden’s plan to reform the nation’s justice system - highlighting the importance of ending a for-profit money bail system that profits by making it a crime to be poor. 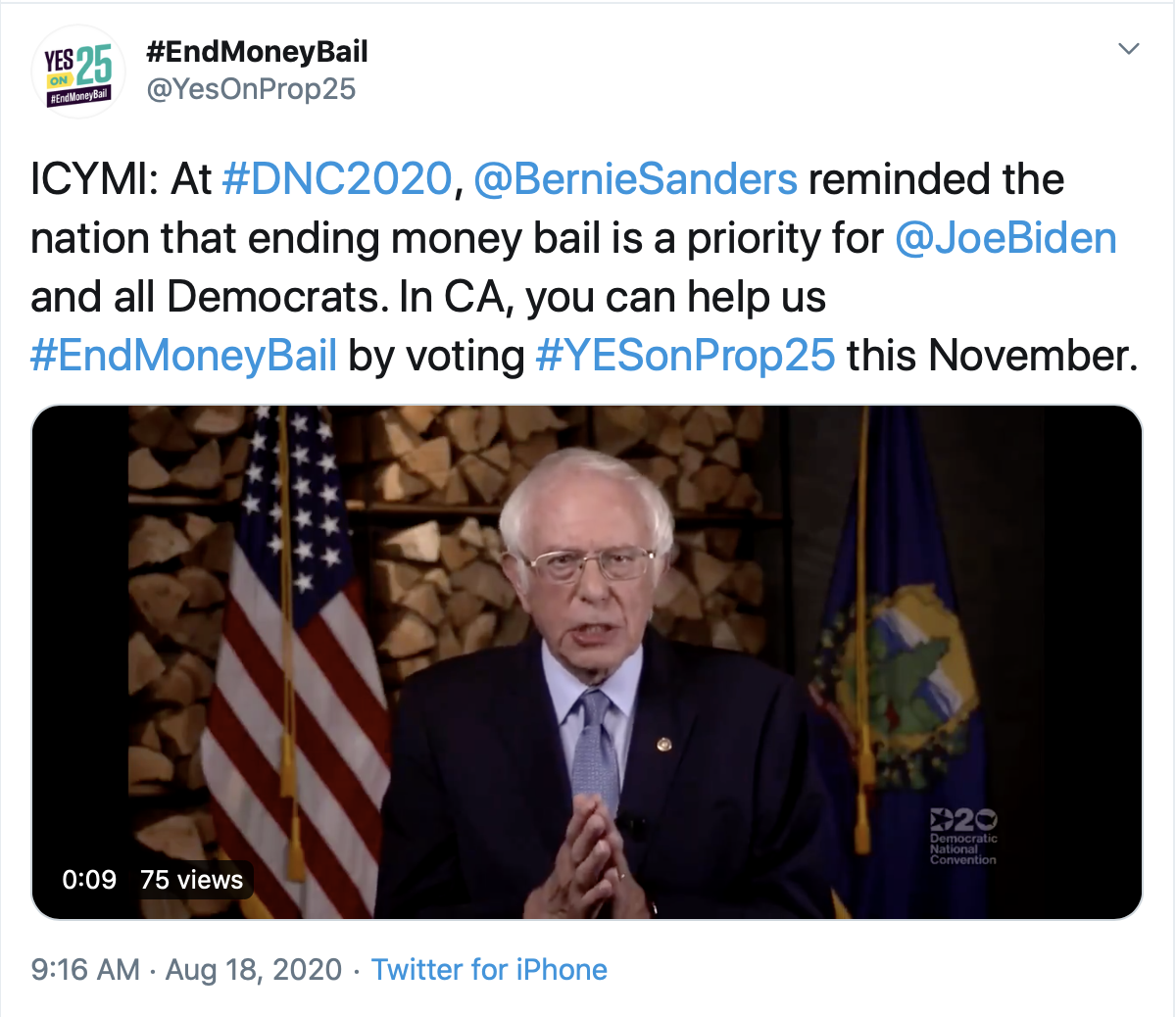 Under the current money bail system, freedom is unfairly granted only to those who can afford it. The rich walk free no matter how dangerous they might be, while the poor languish behind bars - at risk of losing their jobs, their homes, even their families, simply because they don’t have enough cash to buy their way out.

Californians will have a unique opportunity to make their voices heard on the November 2020 ballot by voting YES on Proposition 25 to demand a justice system that prioritizes public safety by determining who stays in jail based on their actual risk or threat to their community - instead of how much money they have in their bank account.

The California Democratic Party endorsed the measure early, saying, “Ending money bail is an absolutely critical first step to building a system that doesn’t let rich families off the hook while driving other families further into poverty.”

We Need Your Help

The bail industry’s pockets are deep, and they are prepared to spend millions of dollars to roll back California’s progress and protect their bottom line. We need your help to reach as many California voters as possible. Will you sign up to share our stories with your friends and family?

Stay in touch on social media: